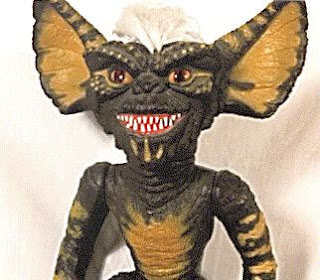 I recently had the pleasure of listening to Dr. Brene Brown speak at the Alberta College of Social Workers conference. I listened to her talk, live and in person for 4 hours. You may have seen her TED talks:The power of vulnerability and Listening to Shame. Not long after seeing her speak, I decided to buy her curriculum- a 12-week psychoeducational course on understanding shame, shame resilience and empathy. And a moment after that, I thought I should get together 6 or 7 of my closest friends and we should "try it out." And so, a great group of moms and social workers (most of us are one and not the other and a couple of us are both) came together once a week to follow along with what Brene Brown has to say about shame.

The effect after 3 weeks has been interesting. I am a strong proponent of: you create your own reality. I know from experience and through my work with Ellie at Inner Gateways, that what I dialogue in my life is what I will experience in my life. So imagine, I started 'dialoguing shame' and I started having experiences where I felt shame or experienced my 'shame triggers'. This was mostly around paid work and achievement. More on that in another post.

Shame and 'shape' as referred to in this blog post are similar in my mind. Brene Brown says that shame is the belief: "I am a mistake", whereas guilt is the belief "I made a mistake". She says that the former "erodes the place of us that believes we can change". It is from shame then, that all bad things stem: drug and alcohol addiction, eating disorders, self-harm and suicide, depression, violence and aggression. Other points about shame: we all have it and none of us like to talk about it.

In the shapes teaching, our 'shape' is thought of as the unique shape we carry as a result of the messages we received growing up. The thought is that the shape we carry limits us in what we get in life. For example, if I grew up with a message that life is about obligation, lack and struggle, then as an adult trying to create a life I will find obligation, lack and struggle. Another easy example, is to think about a child abandoned by a parent at an early age. Later the child engages in partner relationships, work places and friendships where he is often unsupported or left completely.  He may blame the world, but fundamentally he is creating a life limited by the 'shape' he carries. This is the basis of white board work. The good news is that with some recognition and understanding, the destiny line or 'shape' can be changed.

Back to shame then (aka shape). The gremlin of shame is such that even when a shame story is spoken, another person can be triggered into feeling shame. Brene's example is the opening scene in The King's Speech, where King George is unable to talk to a large crowd of people. At first the crowd looks at him waiting and then they look at him with impatience and then the entire large crowd looks down at their feet in shame. The shame the King felt, crept out of him, across the ground and into the crowd. This is the nature of shame. It is a gremlin that crawls from me over to you and now we are both in the shame unable to proceed through it.

According to Brene Brown's research, the number one area of shame for women is appearance and body image. As educated and modern as we may be, women still feel shame regarding our bodies and and how we appear- clothes, make-up, hair and the rest of it.

Engaging these ideas of shame related to body image, recently led me to think that my last blog post- about gaining back weight I had lost- may be a shame trigger for some women and/or men. It occurred to me that some people may read about the regaining of weight and be triggered into feeling shame. What would be the feeling of shame for them? A sense of shame about their own body? A need to maintain a regime of food restriction and exercise that allowed them to maintain an ideal weight? Perhaps. Or perhaps it was feeling bad about their body- being too heavy, too short, too grey-haired, too poorly dressed? Just the horror that another person would admit to gaining weight?

I don't know the experience of other people, but I do know that Brene's course is based on the foundation that we *must* talk about shame. She says that shame breeds exponentially when doused in secrecy, silence and judgement, but that it is <poof>  magically eradicated by recognizing shame triggers, reaching out, speaking shame and dousing it with critical awareness and, above all, empathy.

I'm a social worker and a mother. I know that 'talking it out' will cure most of what ails ya. Of course, we need to make sure that at the other end of telling our story, is an ear that will understand. When speaking shame, we all need someone who can get past their own sense of shame (and consequent blame and judgement) and just simply give us: "I know what you mean. Me too."

I wrote the blog post about weight in large part to speak about how I was feeling. In retrospect, it really was giving voice to my own shame about my body image and weight. It was a chance to share with others and hopefully lessen both my own shame (which it did!) and the shame that others may be feeling when struggling with their own weight.

To that end, expect to see more blog posts about shame. Shame and abortion has been another huge area of thought for me lately. Also shame and mothering. Well, really, shame and almost everything! I have a whole new understanding of this word-shame- and I feel a sense power to speak out and about shame as a way of shrinking the nasty-fed-after-midnight-gremlin-of-shame. We do not need to feel isolated; we can speak out and see that for most of our "Very Bad Thoughts", most people would respond with: "I know. Me, too!"

Warmly and with a big smile!

Posted by Unknown at 7:02 PM No comments:

Point on the Path

Promote Your Page Too